After the Autism Diagnosis

Have you received an autism diagnosis for your child? 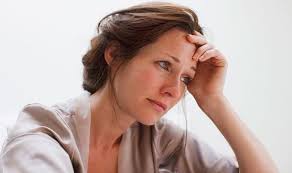 I’ve read many psychological autism diagnostic assessments over the years. They are filled with all kinds of revealing investigative information and quite often contain multiple pages of recommendations for families about “what to do” with their child now that they have a newly formed autism diagnosis. That list can be overwhelming and yet the underlying message is clear. Seek all the help you can get and the more the better. Your role as the parent is to access the supports, sort through the maze of recommendations and therapies, organize and schedule your child’s time and your time around all the therapies, act as chauffer and pay for it all.

I know first hand how overwhelming it all is, coupled with the out of control – head spinning, heart breaking, frantic feelings that just seems to go hand in hand with the diagnosis.

Here is the important thing I want to share with you: It’s your child we’re talking about and it’s your life. You became a parent for a reason … and that was to simply parent your child, not to become a therapist. You wanted to raise your baby. When you find out your child has Autism it’s as if that is taken away from you. But it’s not!

You are the best suited person in the whole entire world to help your child. But for whatever reason that isn’t really conveyed to you. Why not?

Related: How parents make the difference

What kind of therapy is best for autism?

Why does it make sense that someone else would be better suited to make a difference in your child’s life?

Dr. Gutstein shares, “Parents are uniquely motivated to become experts in helping their children to grow. They share a primary mission with their children – growing their mind and self and preparing them to function autonomously in a complex, unpredictably and stress-producing world. Participating in a mindful guiding relationship is likely the only time in a child’s life when he or she will be provided with a completely devoted life coach free of charge. Who else would be AS motivated to understand your child? Who else would share so much excitement over each small discovery and sign of ‘becoming’ that their child makes, even if changes are so small that nobody else would notice them?”

Parents should be empowered and encouraged to know that they have what it takes.

I’m not suggesting that parents cannot or should not get help, they should! However, they should be endorsed to be the captains of their own ship. The help parents access should support their role as parents and the unique and meaningful countless opportunities they have in a day to make a long-lasting difference in the whole family’s quality of life. This is an important message! Experts are an important part of the equation and can convey this message to parents from the get-go so they can make better informed decisions.

As I said earlier, I know first hand what it feels like to be in your shoes. I was there over 20 years ago. It took me several years to find my way back to parenting amongst the maze and confusion. Finally, I got to become the parent I always hoped to be and the coolest part ever was that the growth that my boys made over the next decade plus was phenomenal because I took back my role! I also got to jump off the “craze of the therapy maze”! About that time, I read this really cool story which just symbolized so much of my early experiences (right down the and boy did it hit home with me! I hope it inspires you too!

Ready to get help for your family? Find a consultant in your area here.

It wasn’t your baby

There were two warring tribes in the Andes, one that lived in the
lowlands and the other high in the mountains. The mountain people
invaded the lowlanders one day, and as part of their plundering of
the people, they kidnapped a baby of one of the lowlander families
and took the infant with them back up into the mountains.

Even so, they sent out their best party of fighting men to climb the
mountain and bring the baby home.

Feeling hopeless and helpless, the lowlander men decided that the
cause was lost, and they prepared to return to their village below.

As they were packing their gear for the descent, they saw the baby’s
mother walking toward them. They realized that she was coming down
the mountain that they hadn’t figured out how to climb.

And then they saw that she had the baby strapped to her back. How
could that be?

One man greeted her and said, “We couldn’t climb this mountain. How
did you do this when we, the strongest and most able men in the
village, couldn’t do it?”

She shrugged her shoulders and said, “It wasn’t your baby.”