Don’t Be a Thinking Robber 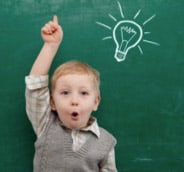 I have a confession to make …. I’m a reformed THINKING ROBBER! And a converted OVER COMPENSATOR! With RDI training, I learned about using experience sharing communication and in-direct prompts. I had no idea if it would work or what results I might see but I knew that the style of communication I was using (imperatives, directives and direct prompting) was not producing the kind of results I wanted.   So I stopped. Ever heard the definition of insanity – “doing the same thing over and over again and expecting different results”? Well I wanted a different result, which means periodically assessing what you are doing and deciding if it is working for you, if not, change it up folks!

I knew it made sense because I began to observe how people speak to one another when connecting and conversing. It is not a constant barrage of question asking. Its experience sharing and expression of thoughts, feelings, ideas, opinions, hopes and dreams. This sharing with no expectation for a specific response allows the other person to develop and share their own thoughts and feelings. To think, to reflect and to learn!

My journey began by putting away the list of “social questions” that I used to drill my son with every day at lunch. By now, I had learned that they didn’t work anyway because people don’t speak in scripts. Case in point when my son was greeted by a family friend with a “what’s up?” Guess what – my son looked up! Once he understood the relational aspect of human interactions during the context of a greeting he was able to adapt to all kinds of hello’s such as “Hey!, S’up!, How’s it goin?, what’s new, what’s up, etc. Without being taught the “expected” response to each, he became flexible! He responded spontaneously without the need for a script.

I also started using in-direct prompting. So instead of saying “get your shoes on”, I started saying “I’m excited to go to the park… (I then looked at my feet) and said “I’ve got my shoes on”.   I still remember that first “try and see” moment as clear as day. My son stood there and I could literally see the wheels turning in his head! He slowed down and studied me. He turned around went to his room, came back with his shoes in each hand and proudly exclaimed “I’ve got my shoes!” He was so proud! It was a beautiful moment to behold and I was hooked! From then on I abandoned my thinking robber ways in favor of becoming a thinking enthusiast.